Adelaide hardcore four-piece Ovtsider are storming into 2021 with a brutal new single and video, “Coward“. The brand new track will also be showcased for the first time on Friday February 19th at Volta in Ballarat, tickets available at Eventbrite. 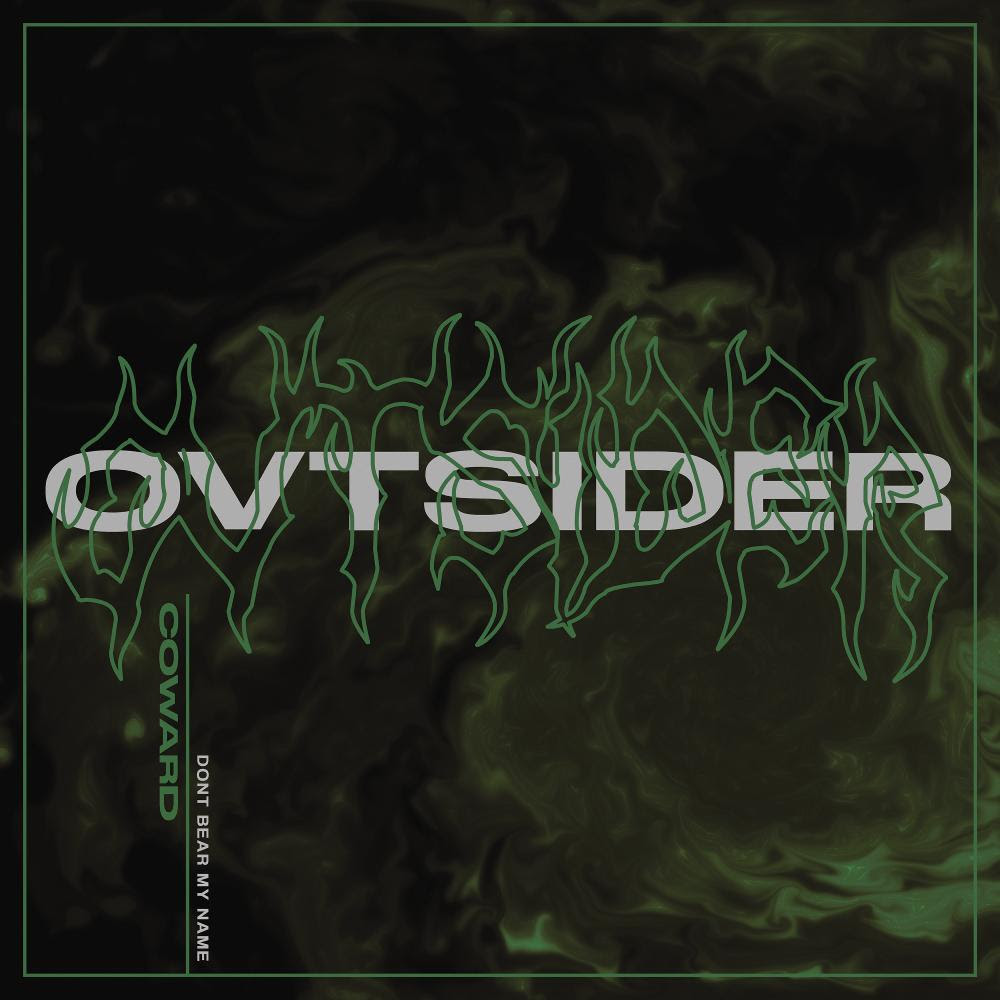 “Coward” premiered at triple j’s The Racket with Lochlan Watt on Tuesday night with the video exclusively premiering at Maniacs yesterday. Maniacs welcomed “Coward” into 2021 with high praise:

“Here in Australia we pride ourselves on having some of the hardest-hitting heavy music out there, and they rarely hit harder than Adelaide four piece Ovtsider, who are staking their claim to the upper echelons of the scene with a monster new single called ‘Coward’! This unrelenting new track … wastes no time in clubbing you over the head, and mercilessly continues to deprive you of the chance to catch your breath until the very end.”

Produced, mixed and mastered by Sam Yates of DREGG, “Coward” follows on from last years raw offering, “Blood“, featuring Daybreak’s Shaun Cox by questioning why those in denial of destructive behaviour always have an excuse.

“The main character has been confronted and questioned on their actions and has tried to justify them with poor attempts“explains vocalist Tom Drizners. “Instead of realising what they’ve done, they continue to try and crawl their way back in by justifying it to themselves, when really everyone can see who they are. They are just digging a deeper grave.”

“The song is incredibly personal, with not a whole lot of effort given to be cryptic because sometimes people just need a wake up call… again.”

The track was very much a product of 2020 with a lot of the collaborative efforts conducted over Skype and FaceTime video calls. The band were able to produce a music video, with the help of Caleb Rose of Vitality Visuals, that captures the glitchy, fever dream vibe of the track.

With hopeful plans to hit the road multiple times in 2021 providing it is safe to do so, Ovtsider are excited to break out of Adelaide in February to play for some new faces at Volta in Ballarat on Friday 19th alongside Candour to support Anticline at their ‘Urgency’ EP launch show. Following this the band will join Adelaide’s sold out Heavy S.A. 2021 Festival on April 17 at Lion Arts Factory. Ovtsider will also jump up to support ATLVS on their rescheduled Melbourne ‘Sorrow‘ single release show alongside Outloved, Heartline and In Vanity – further details still to be announced.

Forming in 2018, Ovtsider is Tom Drizners (vocals), Jake Lawrence (guitar), Coen Miller (bass) and Harry Mason (drums). The quartet sprung into the Adelaide hardcore scene with just their demo ‘…’ allowing them to jump on lineups with the likes of Harms Way (USA), No Zodiac (RIP), Pridelands, and Alpha Wolf. Following on in 2019 Ovtsider released their debut single “Ache” which was immediately added to Spotify playlist ‘Homegrown and Heavy‘.

2020 brought with it the release of “Blood“, featuring Shaun Cox of Perth’s Daybreak. “Blood” welcomed a new, heavier sound with raw emotional lyrics that landed the band another add to Spotify’s ‘Homegrown and Heavy‘ playlist and placed them in Backbone Takeover’s top 100 countdown of 2020. “Coward” delivers on the chaos built from the foundations of “Blood“.

“Coward” is out now and available on streaming platforms everywhere!

UK rockers, STEVIE R. PEARCE AND THE HOOLIGANS, have announced tour dates for their second studio album “MAJOR LEAGUE SON OF A BITCH”, which will...
News

UK rock band, Ward XVI have had a moment of clarity and have seen through their sedative induced haze and are plotting to release...
News