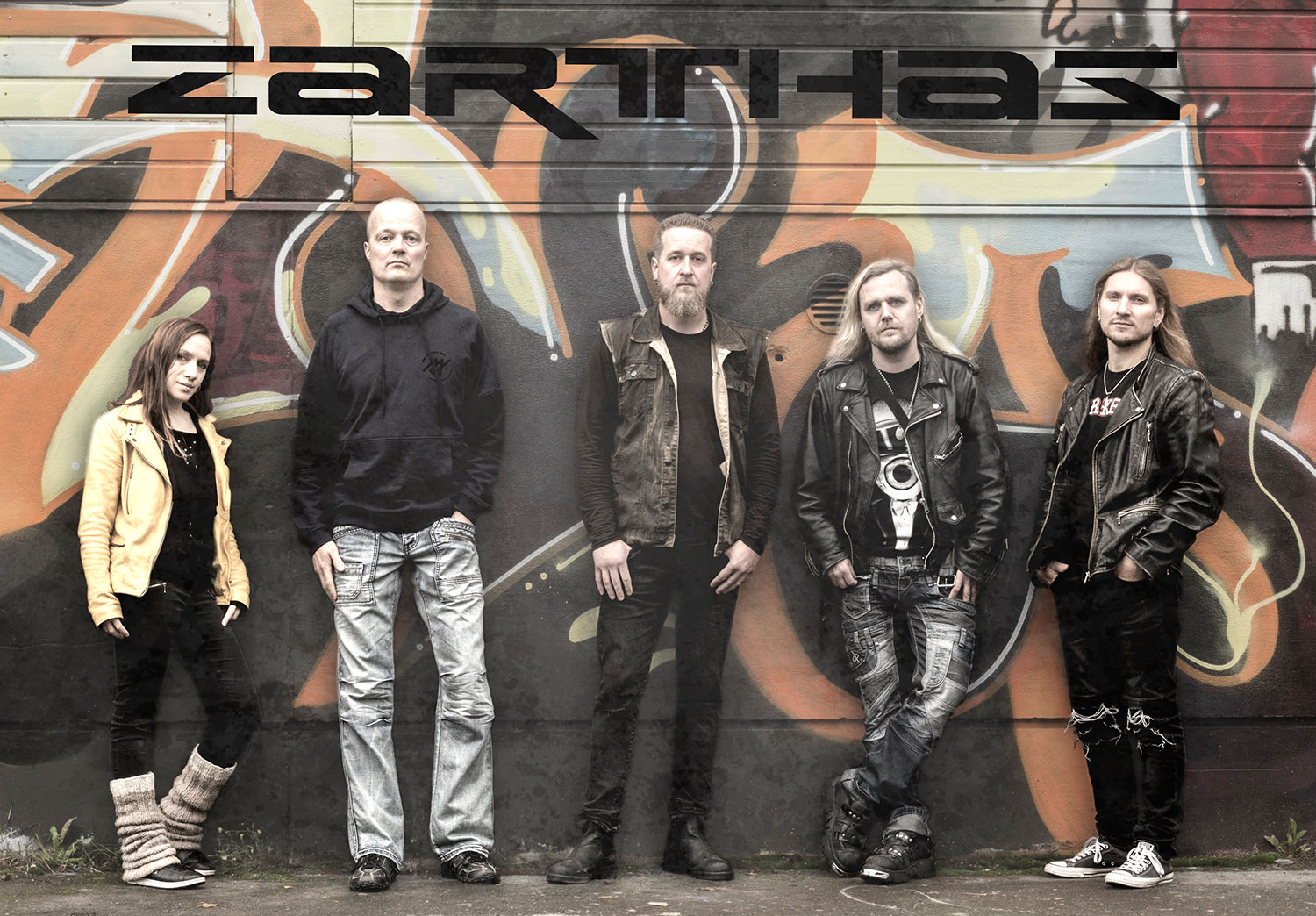 Hailing from Oulu, northern Finland, roots of Zarthas reach all the way to dark nineties. Back at the day band played metal with influences from many of its sub genres. Line-up was constantly changing, but still Zarthas managed to make several demos and lots of live shows.

“So Mote It Be” was released in 2011, and feedback was controversal among both, critics and fans. Still, their debut album resulted some important gigs in festivals and clubs. Later on same year Jarmo Luttinen joined Zarthas as second guitarist, and he brought a little bit more rock spirit to band’s sound.

In year 2013, as Zarthas was finishing their second album, Violent Journey Records showed great interest towards the band, and “Spit /Ignite” was launched by VJR in June of same year. At the same time band rehearsed a whole set of music with Flamegroup Fireflower, creating together an epic live performance containing metal, rock, and lots of fire, LED-, and UV-lighting and dance. Album itself was critisized for being too pop and nothing special, but gigs with Fireflower were very succesful. “Spit / Ignite” also took Zarthas to a seven-gig tour and adventurous roadtrip to mainland China in 2014.

After the China tour, band began to plan a new album. For a start, Jani Vahera joined the band replacing Toni. He brought tons of aggression to Zarthas, so new songs needed to be arranged to a different form.

In year 2015 they released “Bad Wannabe” -music video, and video gave a good hint of what was coming. Producing and working in studio changed dramatically compared to previous albums, and slowly Zarthas gave birth to their third album “Reflections”, and it was released in 2017 by Wormholeldeath Records. Music was now more aggressive, more powerful and more groovy than ever before. After some energetic gigs Jani was replaced by Juha-Matti Sipola, and with brand new line up Zarthas recorded a new single titled “Four Letter Word”. It will be released in autumn 2018 by finnish label Inverse Records.