‘NON SERVIAM: THE OFFICIAL STORY OF ROTTING CHRIST‘ is A full-length book created by front-man Sakis Tolis and Dayal Patterson (author of ‘Black Metal: Evolution Of The Cult’, ‘The Cult Never Dies Vol. One’ and ‘Into The Abyss’), and will be released via  Cult Never Dies in late November 2018.
The book will contain extensive interviews with Themis Tolis, Jim Mutilator, Morbid, George Tolias, George Emmanuel and members of bands including Watain, Mayhem, Enslaved, Moonspell, Blasphemy, Mystifier, Septicflesh, Behemoth, Macabre Omen, Immolation and more. 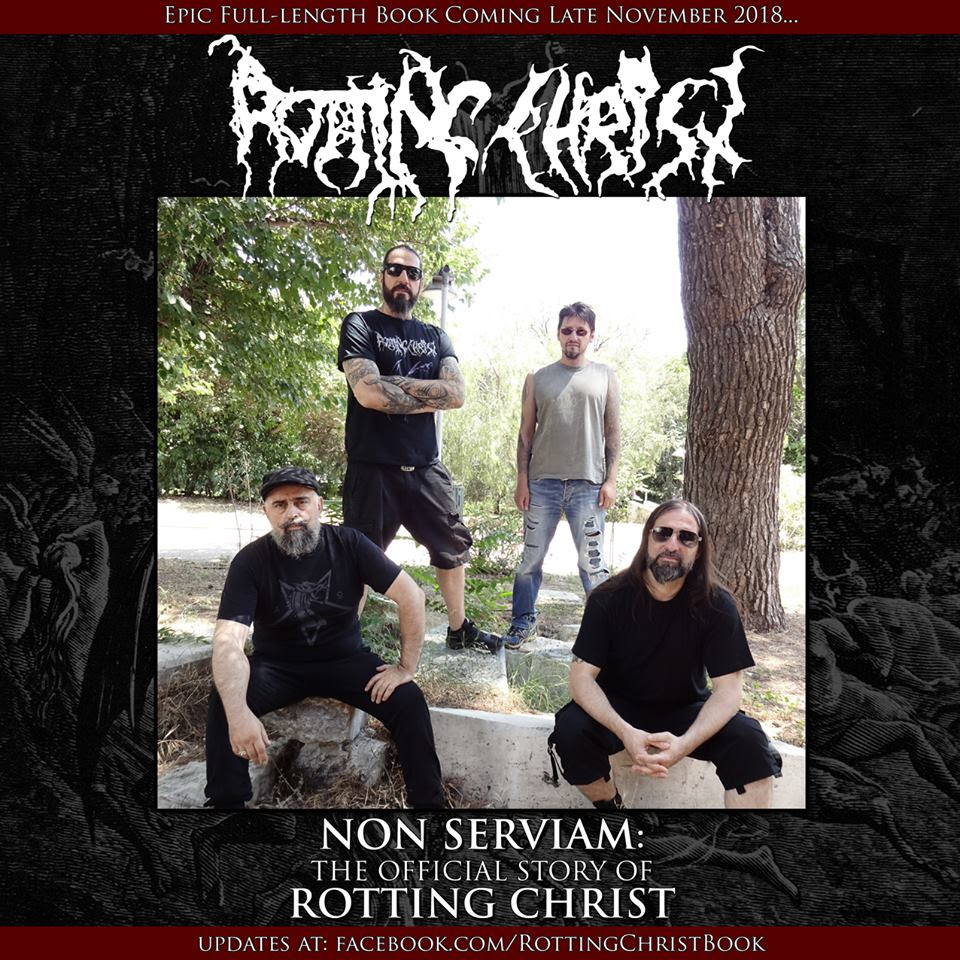 Front-man Sakis Tolis comments: “Hey there brothers! On behalf of Rotting Christ, I would like to announce our very last ‘Rituals’ worldwide tour. A Special 20 shows rampage, with  two of the most Unholy Black Metal Hordes out there! See you at the Gates of Hell together with Watain & Profanatica and we promise nothing less than a hell-of-a-show with a very special set-list!” 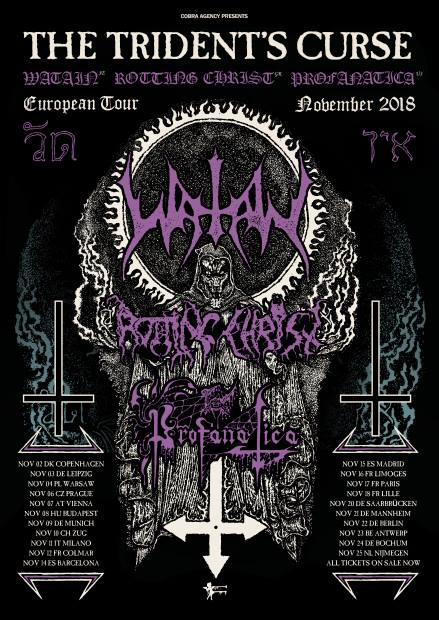 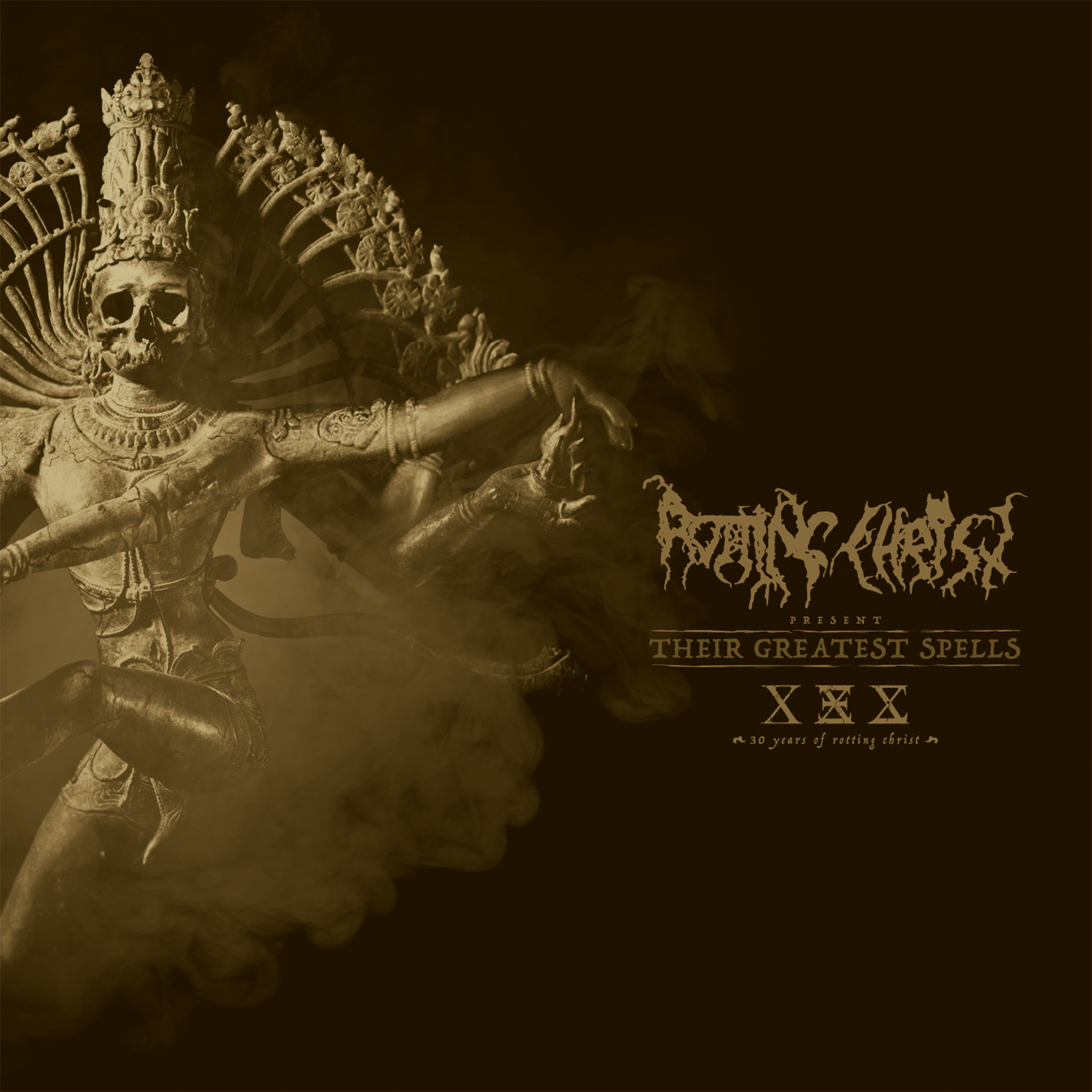 ROTTING CHRIST have reached another peak in their long career that now spans over more than three decades. The Greeks have literally stood the test of time. With a steady core line-up and their well-honed live delivery, ROTTING CHRIST are filling concert halls and reap enthusiastic crowd reactions wherever they go. This demonstration of love from their followers is not just driven by nostalgia as the band has managed to evolve and grow, while staying relevant beyond the classics with their highly acclaimed latest albums such as ‘Aealo’ (2010), ‘Κατά τον δαίμονα εαυτού’ (2013), and ‘Rituals’ (2016).

With more than 30 years, 12 studio albums, a dozen EPs, singles and split releases, as well as more than 1.250 shows under their belt, it is about high time to take a retrospective look at this band’s fascinating musical development by picking a select choice of key tracks covering the many facets of ROTTING CHRIST that have sparkled over the years. With such a massive catalogue such an undertaking will always lead to controversy about certain additions as well as omissions from the final list, but the involvement of frontman Sakis Tolis in this extremely difficult task ensures that the result is at least relevant.

ROTTING CHRIST were founded by Sakis Tolis and his brother Themis in the year 1987. Starting out on a basis of death and grind, the Greeks had already embarked on a darker musical journey by the time their debut full-length ‘Thy Mighty Contract’ (1993) was revealed. On the following seven albums covering a ten-year period from ‘Non Serviam’ (1994) to ‘Sanctus Diavolos’ (2004), ROTTING CHRIST steadily defined their own distinct style by experimenting with elements from death, heavy, and gothic metal without betraying their black roots. At the same time, the band went from underground heroes to headliner status. With the highly acclaimed ninth album, ‘Theogonia’ (2007), the Greek stalwarts added an unmistakable native element to their sound, which has remained with them as a signature trademark ever since. Exploring the mythical legacy of cultures around the globe let to ROTTING CHRIST‘s massively successful latest release, ‘Rituals’. With ‘Their Greatest Spells’, the Greek metal icons musically revisit their exciting legacy and even contribute a brand new track entitled “I Will Not Serve” to connect their past with the present.

Previous articleHEILUNG announce show in Glasgow in November
Next articleHow did The Horns become the symbol of heavy metal?

Uk based progressive/alt.rock combo Atlas : Empire are glad to announce that they have signed a deal with WormHoleDeath for the reissue of their...
New releases