Headbangers Team·03/08/2018·0
It’s a tag line we seem to see too often; the apparent suicide of another incredible cultural influence on the world. This time, the black dog has claimed the model, artist, singer/songwriter and culture icon Rick Genest, known as ‘Zombie Boy’.

The Zombie Boy, born Rick Genest, has been confirmed dead at 32 years of age after an apparent suicide.

Originating from Montreal, Genest lived an eccentric and engaging life—determined to change the world’s conservative views on beauty and culture. “Embrace everything that’s different” he’d say.

When he was 16 he began on his most well-known piece of art, his full tattooed body suit which depicted the decay of human flesh (complete with flesh eating bugs)! Unfortunately, the suit was never fully completed.

While this news is breaking and there aren’t a lot of details yet available, this can already be considered a great loss to the creative community. 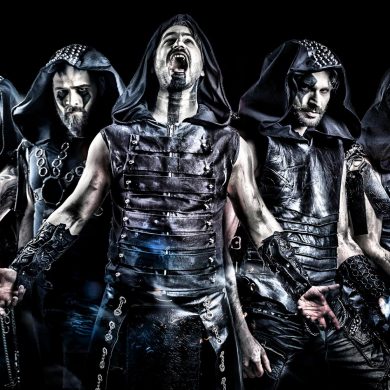