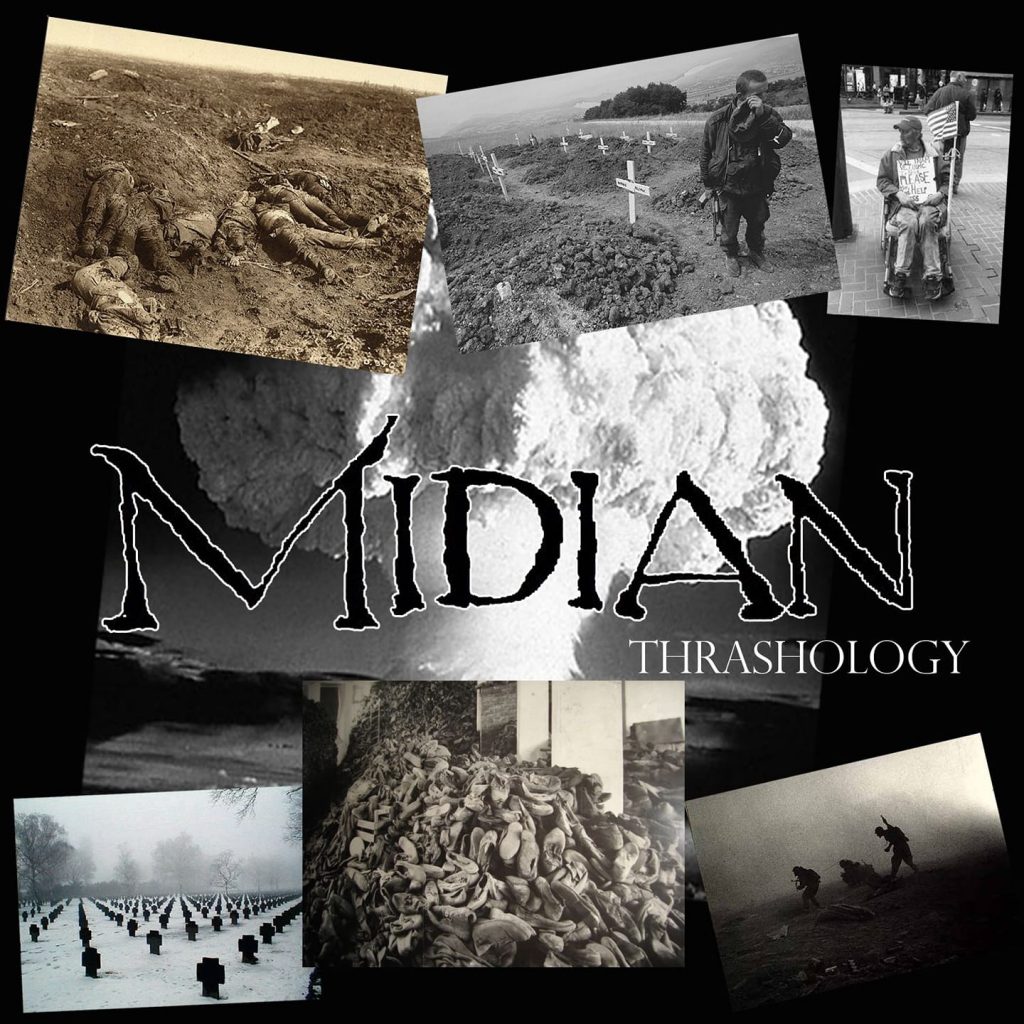 It contains all the band’s demos including the cult underground favorite “The Last War” (1990) demo, both Mercenari (pre-Midian) demos, rehearsal and live recordings.

“Finally, Midian enters the digital age” says drummer Chris Hawkins. “It’s time. The fans wanted this. Since the “Thrashology” CD put out by Area Death Productions in 2010 is scarce, unless you go on Ebay, it’s the right move. Another reason is, it’s the 30th anniversary of our debut demo “The Last War” which is the most popular recording by the band”. It sounds better than ever.”