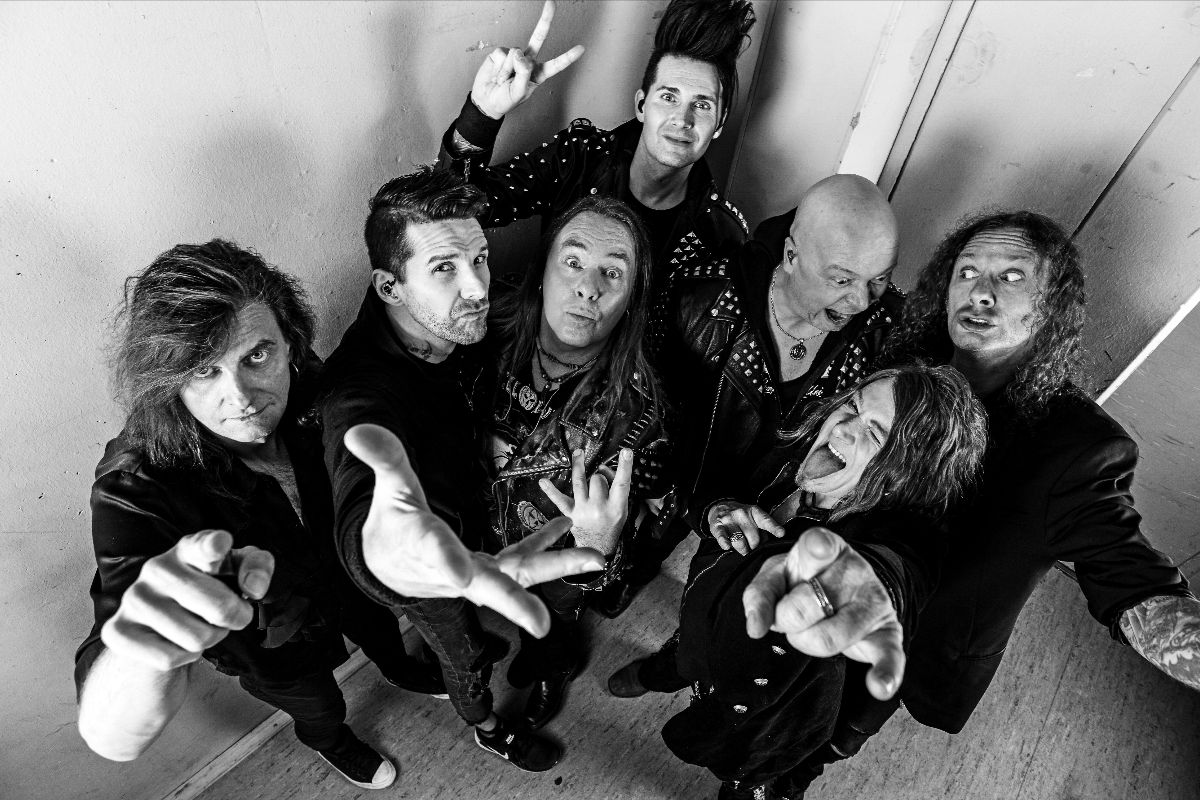 It was THE SENSATION of the year 2016. During the Hellbook production for HELLOWEEN’s 30th anniversary, the contributors came to realize mainly one thing:
The chemistry in this band has always been unique – and that what belongs together needs to be together again. However, the birth of“Pumpkins United” wasn’t just an original line-up reunion, but the real deal. The ultimate cast consisting of all seven metal heroes: Deris, Kiske, Weikath, Hansen, Grosskopf,Gerstner, and Löble. What followed, was a whoop of joy from North German river Elbe to Rio’s Sugar Loaf Mountain, and the PUMPKINS UNITED WORLD TOUR with 69 shows in front of more than one million people in 32 countries on three continents in Fall 2017.

At the headliner shows at Wacken, Rock Fest Barcelona and Masters of Rock, as well as with Iron Maiden at the Sweden Rock Festival and Firenze Rocks, the revival was toasted to heavily, stages were set on fire, and tissues were used by the ton. After dates in the US and additional shows in Latin America, this tour for the ages ended in December 2018 with a highly emotional finale in Hamburg, where it all began in 1984. – Unforgettable metal nights that we’d love to experience again and again.

“This amazing journey was one of those ‘magic moments’ words can’t describe – it simply was what we all love most: meet great people, go back in time with our memories, and celebrate the ultimate Helloween party together.” Andi Deris, 2019

From October 4, 2019, that’s finally possible: With the release of “UNITED ALIVE & UNITED ALIVE IN MADRID” we can transport ourselves to the tour anytime, and dive into every detail with hellish tracking shots, breathless close-ups, and intimate interviews. The artwork was created by Martin Hausler once again and offers plenty of unreleased live images.

“It wasn’t easy to condense this unbelievable tour adequately and capture it how it felt for us – that’s why we had the idea to film the biggest festival gig, the most massive arena show, and the hottest club date.” Michi Kiske, 2019

The DVD/BLU-RAY nails the tour with recordings from Wacken in front of 75,000 metal heads and 14,000 fans in the Madrid arena – and as a bonus, the show in the Espaço das Américas, gathering 8,000 in São Paulo. Altogether it offers over three hours of live material in stereo and premium 5.1 surround sound, plus backstage material, tons of surprises, and a very personal band interview about the past, present, and future. The LIVE-CD/VINYL presents a whopping 2 hours 20 of pure audio material from the concert in Madrid plus four bonus tracks from the shows in Prague, São Paulo, Wacken, and Santiago de Chile. – There honestly was no way, they could’ve fit more on the discs.

Unfortunately, Dave Mustaine had to cancel the MEGADETHtour due to his medical condition. Together with metal fans all over the world, the PUMPKINS wish him a speedy recovery and will be filling in for the band’s Brazil dates last-minute, causing the scheduled studio dates to be postponed. Despite the occasion, HELLOWEEN are very happy to announce the new shows at ROCKFEST, ROADFEST and ROCK LIVE, and to be able to celebrate the release day of “UNITED ALIVE & UNITED ALIVE IN MADRID” on October 4 live with the Brazilian fans and their colleagues IRON MAIDEN, SCORPIONS andSEPULTURA at what is probably the biggest and most legendary festival worldwide: ROCK IN RIO! 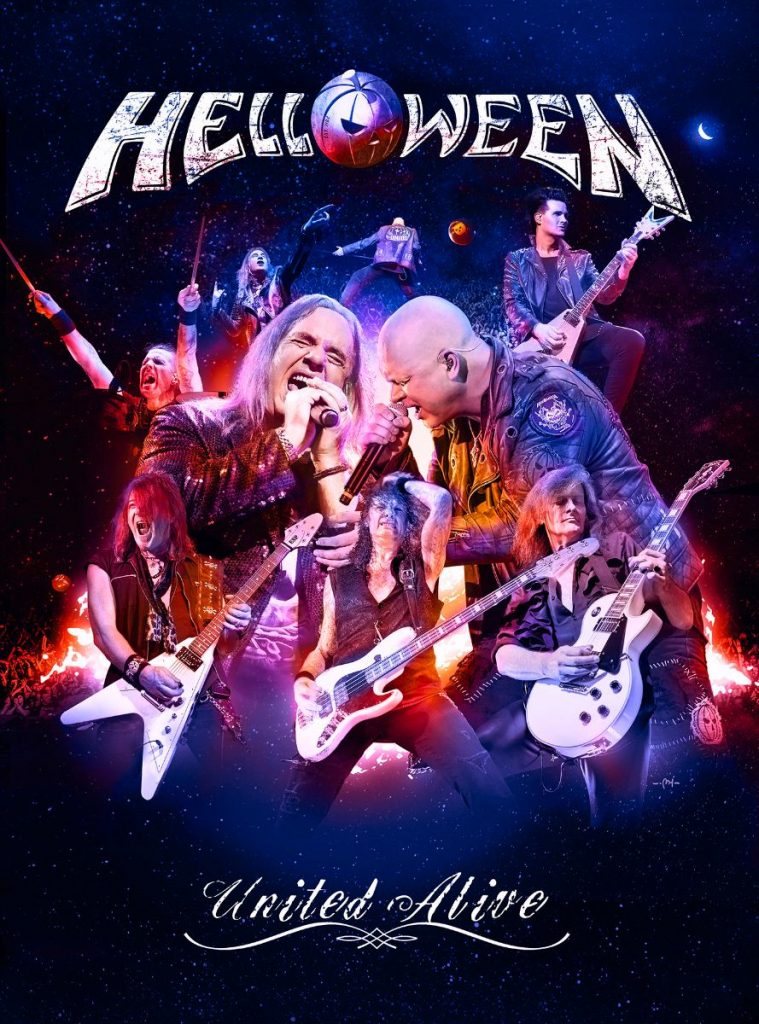 —–
Get the re-issues of: “Keeper Of The Seven Keys: The Legacy” & “Gambling With The Devil” here:http://nblast.de/HelloweenReReleases 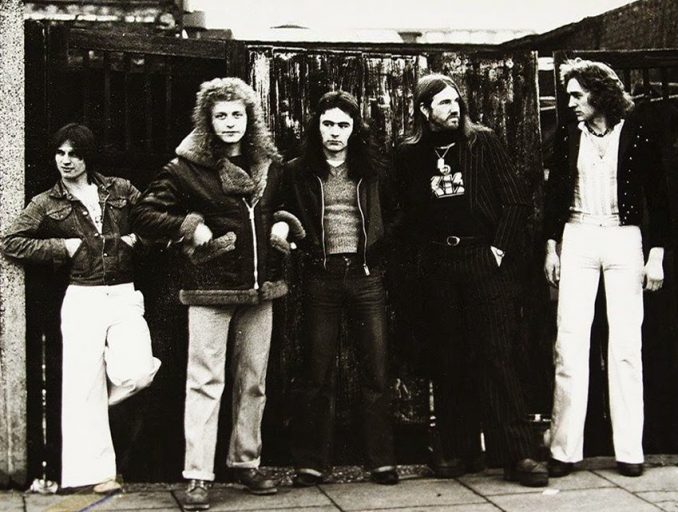