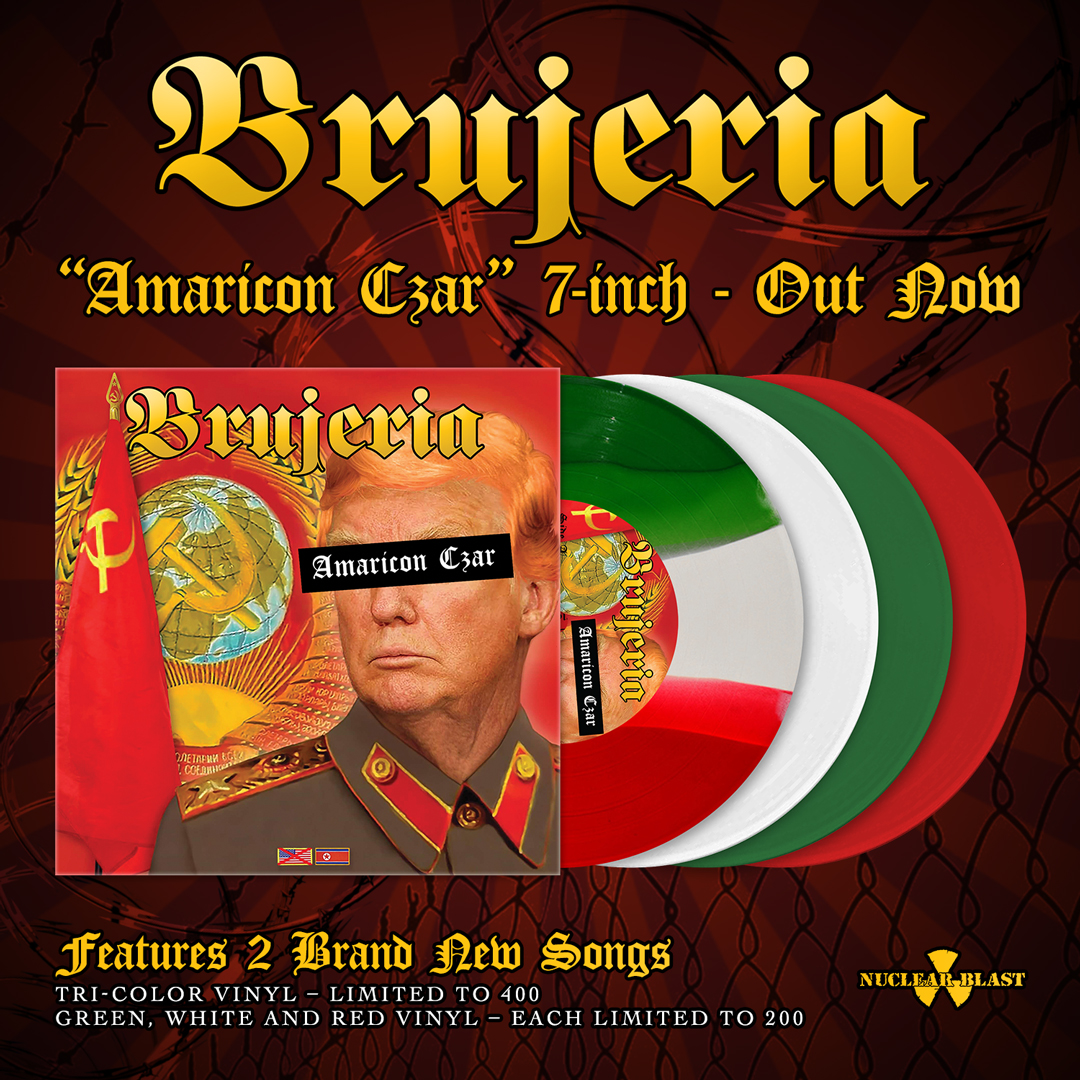 Extreme metallers BRUJERIA have released a brand new single as a follow up to their infamous »Viva Presidente Trump!« 7-inch. Check out the title track for their »Amaricon Czar« 7″

Pick up your copy on limited colour vinyl today via http://nuclearblast.com/brujeria-amariconczar.

In addition, BRUJERIA are pleased to announce a 23-date European run for May 2019, kicking off atNetherlands Deathfest, Tilburg on May 3. Special guests on the tour will be VENOMOUS CONCEPT (US/UK). The opening support will come from AGGRESSION (CA) as well as SANGRE (US). All dates can be found below, tickets are on sale now. 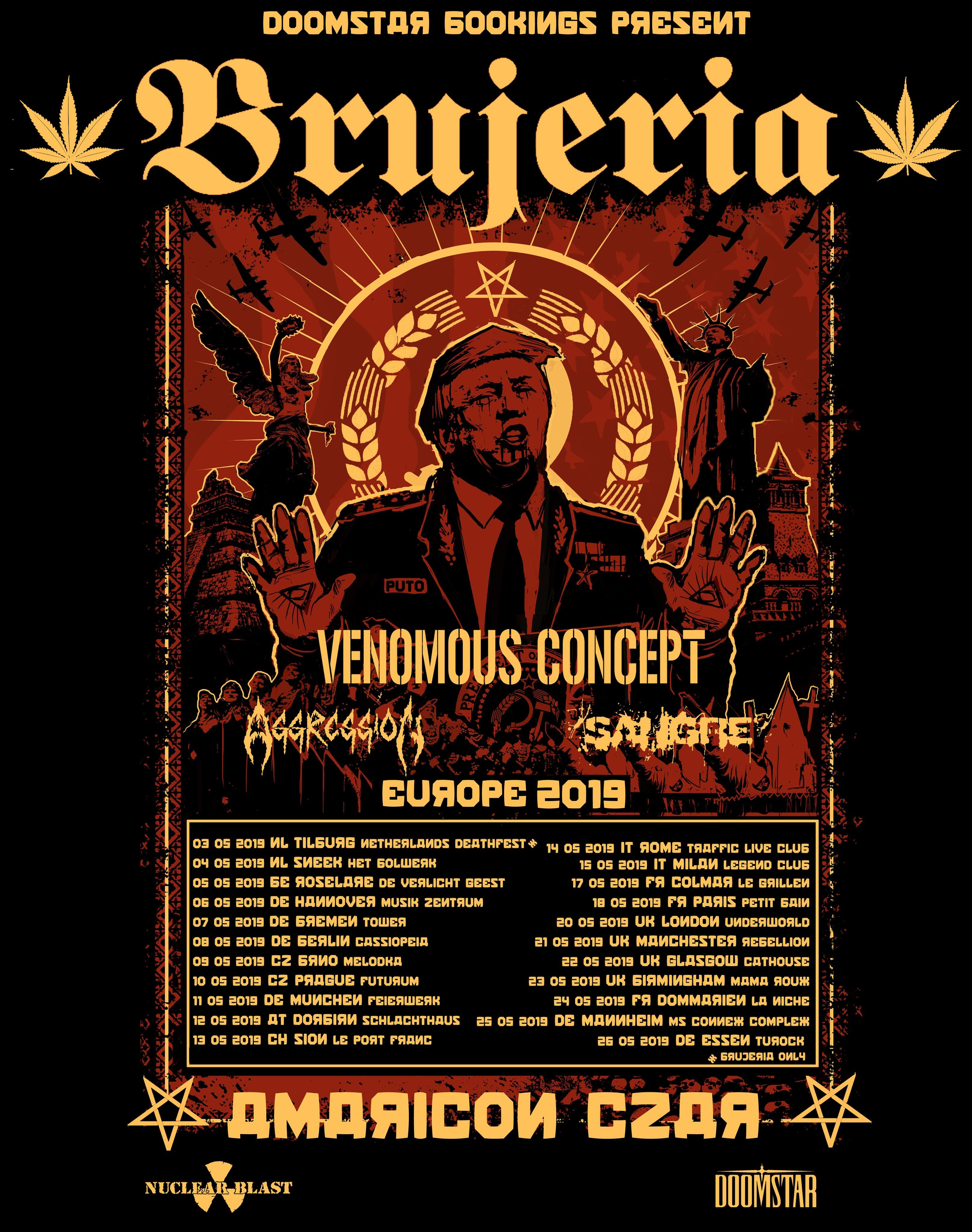 *BRUJERIA only
(Tickets will be available February 26th)

BRUJERIA‘s most recent album, »Pocho Aztlan«, is the band’s first release since »Brujerizmo« was released in 2000 via Roadrunner. It was recorded over the course of many years and at several studios around the globe. The end result was mixed by Russ Russell (NAPALM DEATH, THE EXPLOITED).

ROTTING CHRIST unleash “Heaven and Hell and Fire” via Loudwire

BRUJERIA‘s legend has proliferated for nearly three decades. When the band first emerged from the sunbaked hellscape of Los Angeles in 1989, the city was on the brink of chaos. Daryl Gates ruled the LAPD with an iron fist, overseeing a legion of blue-suited stormtroopers who cracked brown and black skulls at every opportunity. Rodney King, the ’92 riots, and CA governor Pete “Pito” Wilson’s anti-immigrant Prop 187 were all on the bleak horizon. The Mexican-American agitators of BRUJERIA captured the mood of the city’s minorities with the band’s infamous and widely banned 1993 debut, Matando Güeros (“Killing White People”), quickly becoming the Spanish-language counterparts to early grindcore masters TERRORIZER and NAPALM DEATH. Led by lyricist and mastermind Juan Brujo, BRUJERIA were alternately rumored to be satanic drug lords and members of well-established metal bands. The truth, as always, lay somewhere in between. 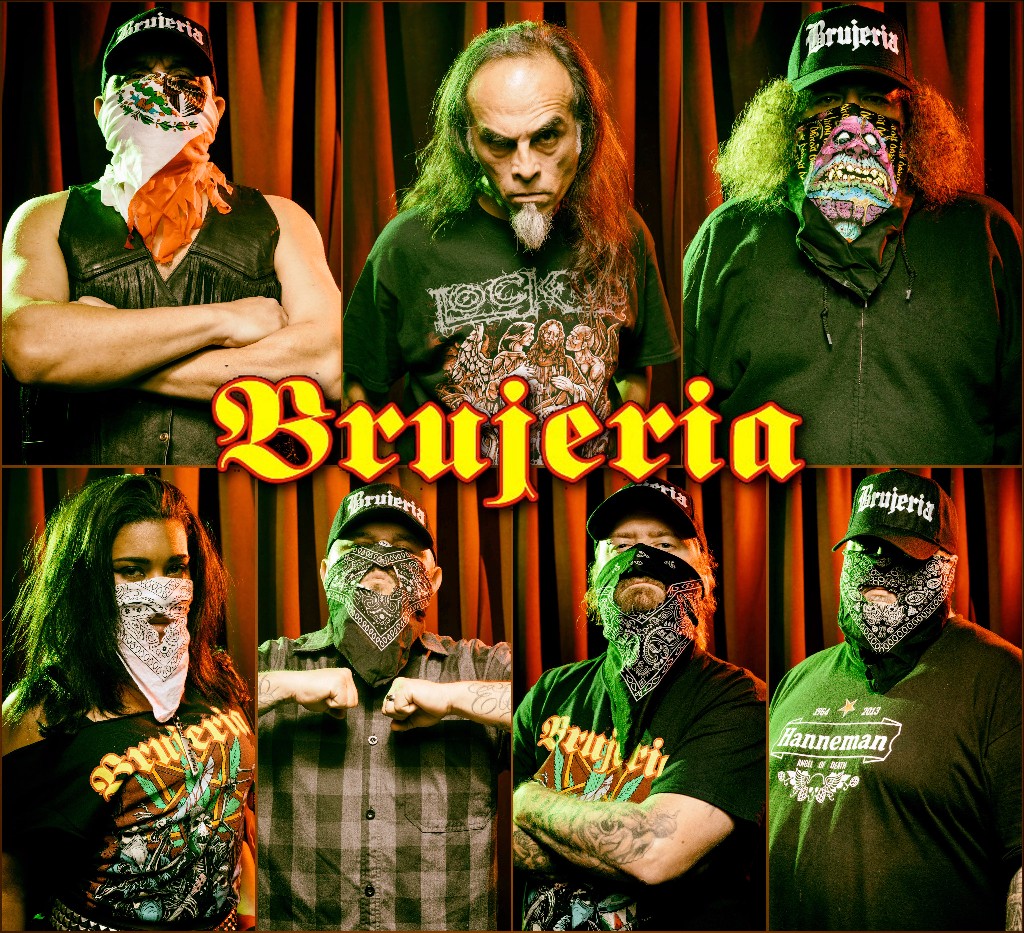 Fast forward to right about now: »Pocho Aztlan« is BRUJERIA‘s first new album in 16 years. The title translates to “Wasted Promised Land,” a combination of Aztlán, the fabled ancestral home of the Aztecs, and the term pocho, which native Mexicans use to refer – not always kindly – to their counterparts born in the States.Brujo himself is a pocho, a man caught between two worlds. Many pochos are not exactly accepted with open arms in Mexico. Meanwhile, they’re too often regarded as second-class citizens in their adopted US home. Brujohas transcended both scenarios through the power of BRUJERIA‘s uncompromising grindcore and death metal. His all-Spanish lyrics are as vivid as they are effective: Bona fide tales from the frontlines of the drug war, the racial divide, and the battle for the border. “A lot of BRUJERIA songs are true stories,” Brujo says. “And if they haven’t happened yet, they will happen.” 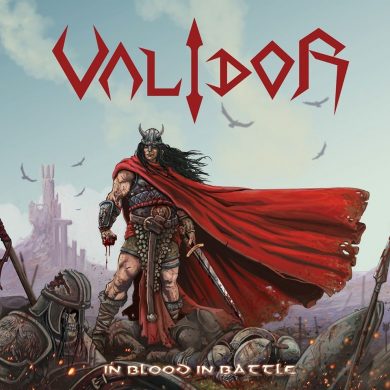