Norway’s avant-garde Metallers BORKNAGAR are finally back in the studio in order to record their 11th album, following up 2016’s acclaimed “Winter Thrice” release. The new album will be once again mixed and mastered by Jens Bogren at Fascination Street Studio (Opeth, Kreator, Amon Amarth, etc.) in March 2019 and is expected for a worldwide release via Century Media Records in fall of 2019.

The upcoming album will also be the first to feature new drummer Bjørn Dugstad Rønnow replacing Baard Kolstad, who has announced to be leaving the group in good friendship due to busy schedules, heavy touring and various other musical commitments. Bjørn Dugstad Rønnow has already recorded drums for the upcoming BORKNAGAR album at Strand Studio in Oslo and can be seen pictured above together with BORKNAGAR mainman Oystein G. Brun. 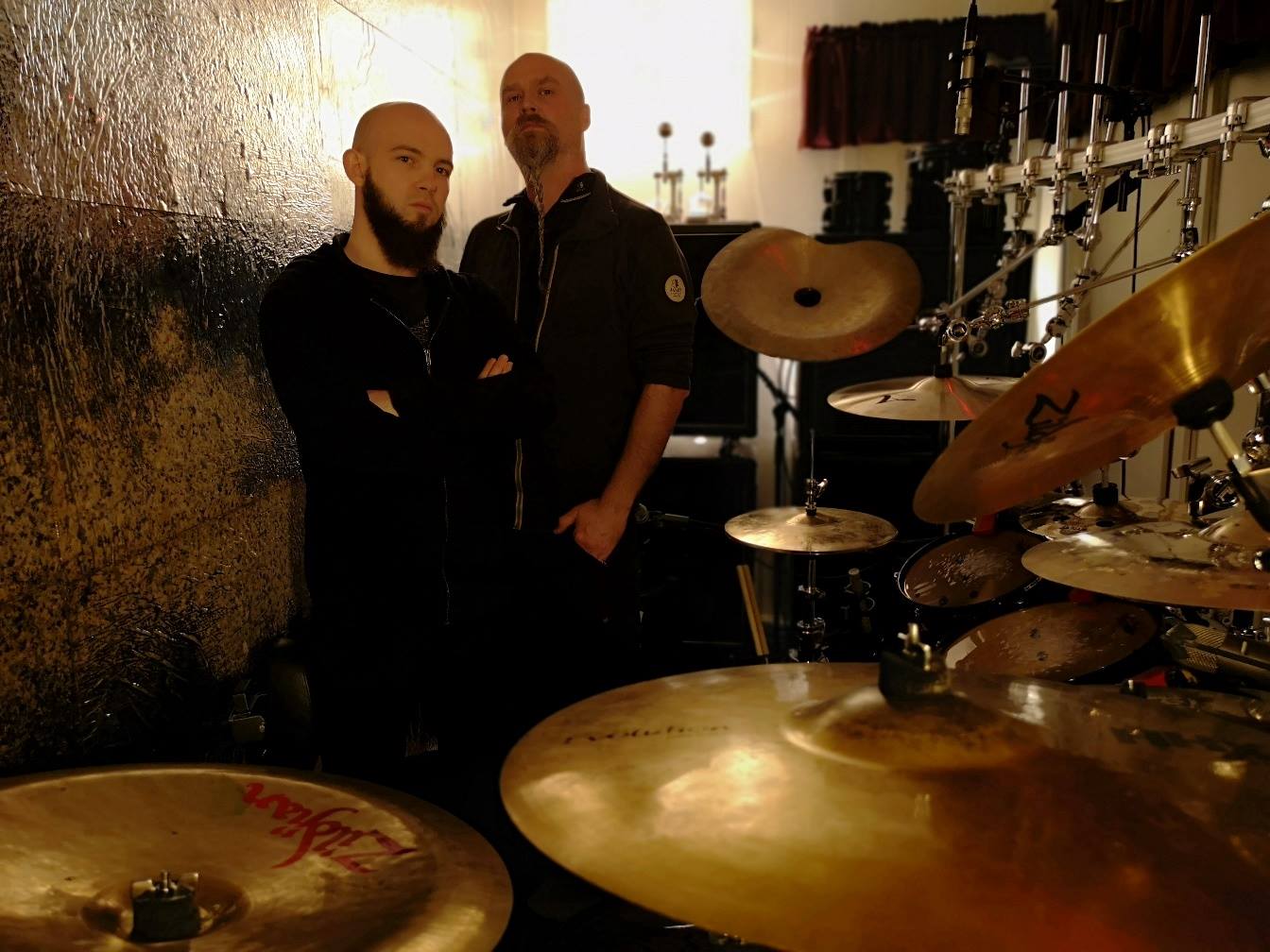 Øystein G. Brun comments: “So, again, we are about to set sail for new musical adventures. The horizon certainly looks broader, higher and shimmers even deeper than before. We are all extremely excited about this new album and the material therein. The album derives as a natural continuation from Winter Thrice, but we’ll take a huge leap forward as well. In all facets, that is. Baard leaving the band has been known to the band for quite some while, so absolutely no drama in regards to his departure. I am truly happy for the time we shared on and off stage over the past years and wish him nothing but the best for future to come. His future is indeed bright, the young man is already a legend!

Who is the new drummer? His name is Bjørn Dugstad Rønnow and has proven to be a stunning drummer. No wonder Baard hooked us up. A few months ago, we had our first rehearsal and during the past week, we recorded the drums for the new album at Strand studio in Oslo together with engineer Marius Strand. The recording session turned out stellar. I am deeply impressed by the level of professionalism, dedication and sweaty efforts Bjørn put into this album. A drummer of world class. Mark my words.

This will be grandiose, in so many ways! More information will follow shortly.”

Baard Kolstad comments:  “With lots of different ambitious musical projects and bands at the same time, I kind of always knew that it would come a time where I had to set some priorities. There’s nothing but good memories and great experiences and valuable moments from the time I had with BORKNAGAR. My first step into the professional rock and metal world! I already look forward to follow BORKNAGAR closely in the time to come, something I know I will, as I’m good friends with all members, last but not least the new drummer and roomie Bjørn Dugstad! He was strongly recommended by myself to be the new BORKNAGAR drummer, and I’m so happy on behalf of both him and BORKNAGAR that they ended up choosing him!

Because we only made one record in the time I was a member of BORK, it was not an easy decision to choose to not join this one as the last chapter of this journey, but again, priorities for my own bands had to lead my decision and I know it would be a perfect kick start for a new drummer to feel connected with the material in the tours to come etc. I wish them all good times to come and can’t wait to follow them further from the side!“

Bjørn Dugstad Rønnow comments: “I’m honoured to take over the torch after my good friend Baard in this legendary band. It’s already been an absolute pleasure working on and recording the upcoming album and I’m sure we’ll have a blast out on the road in 2019. I can’t wait to hit the stage with these guys!”

More dates to be announced soon… 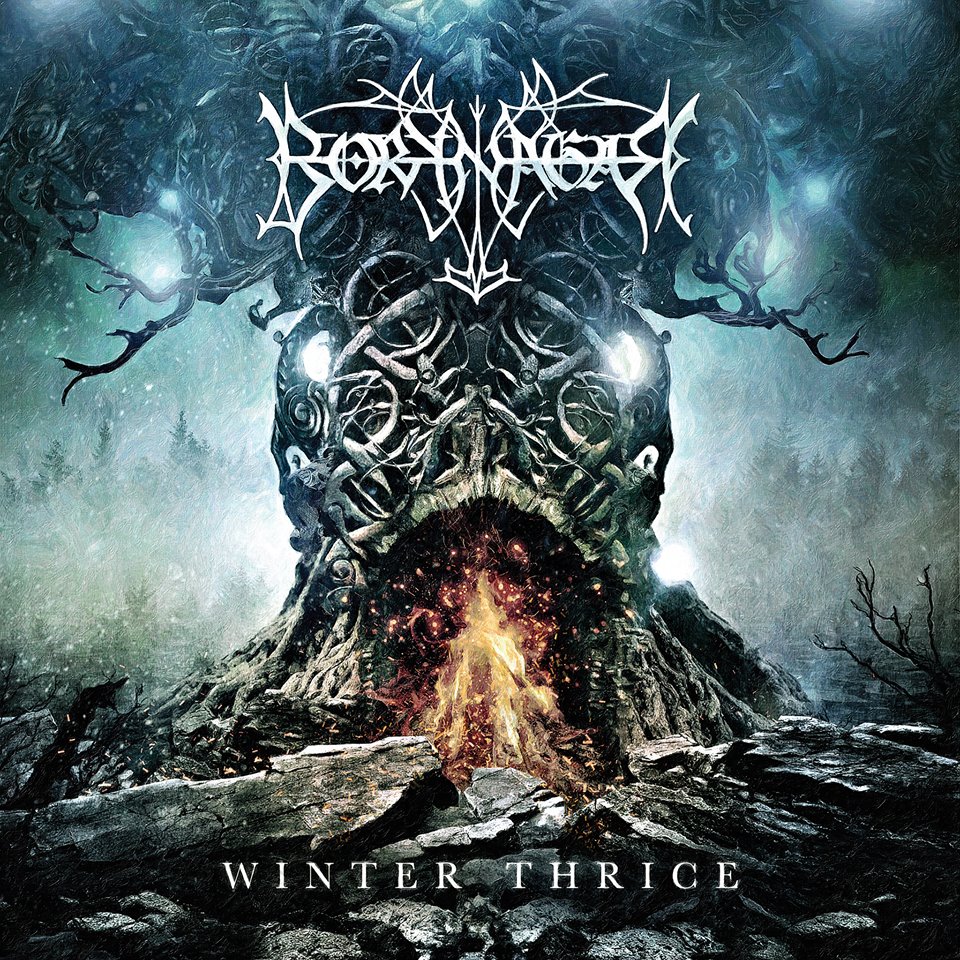 “The Rhymes Of The Mountain” lyric video: 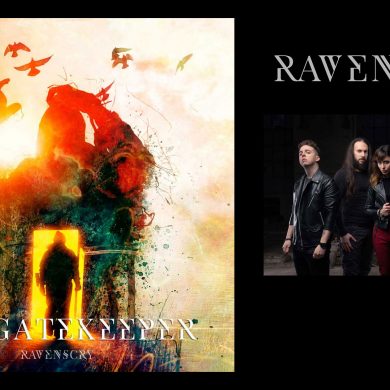