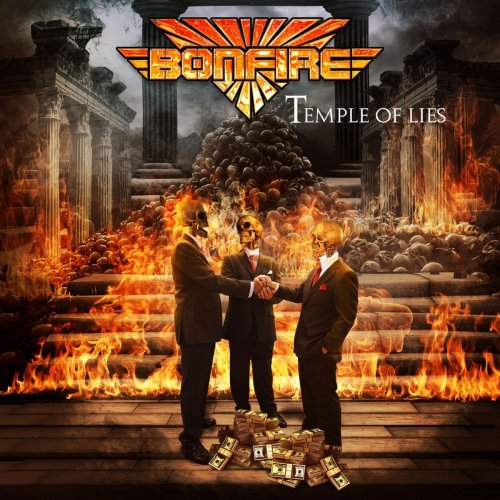 The new may not always be Silver, but old will definitely be Gold. A testimony to this fact is ‘Temple Of Lies’ the latest album by Bonfire. Making music for close to 40 years, these German hard rockers have established themselves as legends of the scene. The emphasis of melody in their music has gifted them an ever-growing fan base and garnered them appreciations transcending various generations.

‘Temple Of Lies’  is high-flying masterpiece in terms of musicianship. The soaring guitars, the pounding drumming and the beautiful vocal harmonies is going to take all us back to the old times and rock out to a celebration of the 80’s rock era. Aptly named “In the beginning” is a short intro to the album. Eerie sounding synths, a vocal prologue and some great sweep picking make way for the title track, which comes in full throttle, riffing apart the senses. The song is quite heavy and the spiraling guitars make it a great choice for an opener.

The record changes gears with “On the Wings of an Angel”, which is a nice and low tempo guitar chugging, vocally soaring track. “Feed the Fire” has one the most epic intros. A fist pumping track nonetheless.

The record is well produced and sounds crisp ensuring a pounding impact, while retaining the feel of the 80’s hard rock sound. Though this is undoubtedly a great record, it does tend to start sounding monotonous or a bit lacking in variety towards the end. The record is definitely going to amaze the old-school rock crowd, however may not necessarily strike a chord with the kind of listener who is on the lookout of something different and unique.

‘Temple Of Lies’ by Bonfire is a record, which holds high the flag of old era rock music, enthralling the listener with their brilliant musicianship. 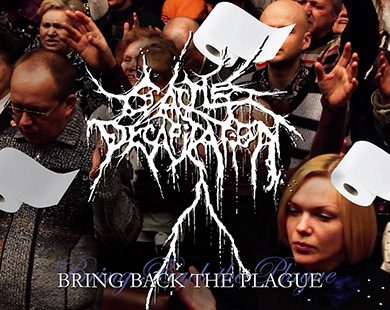